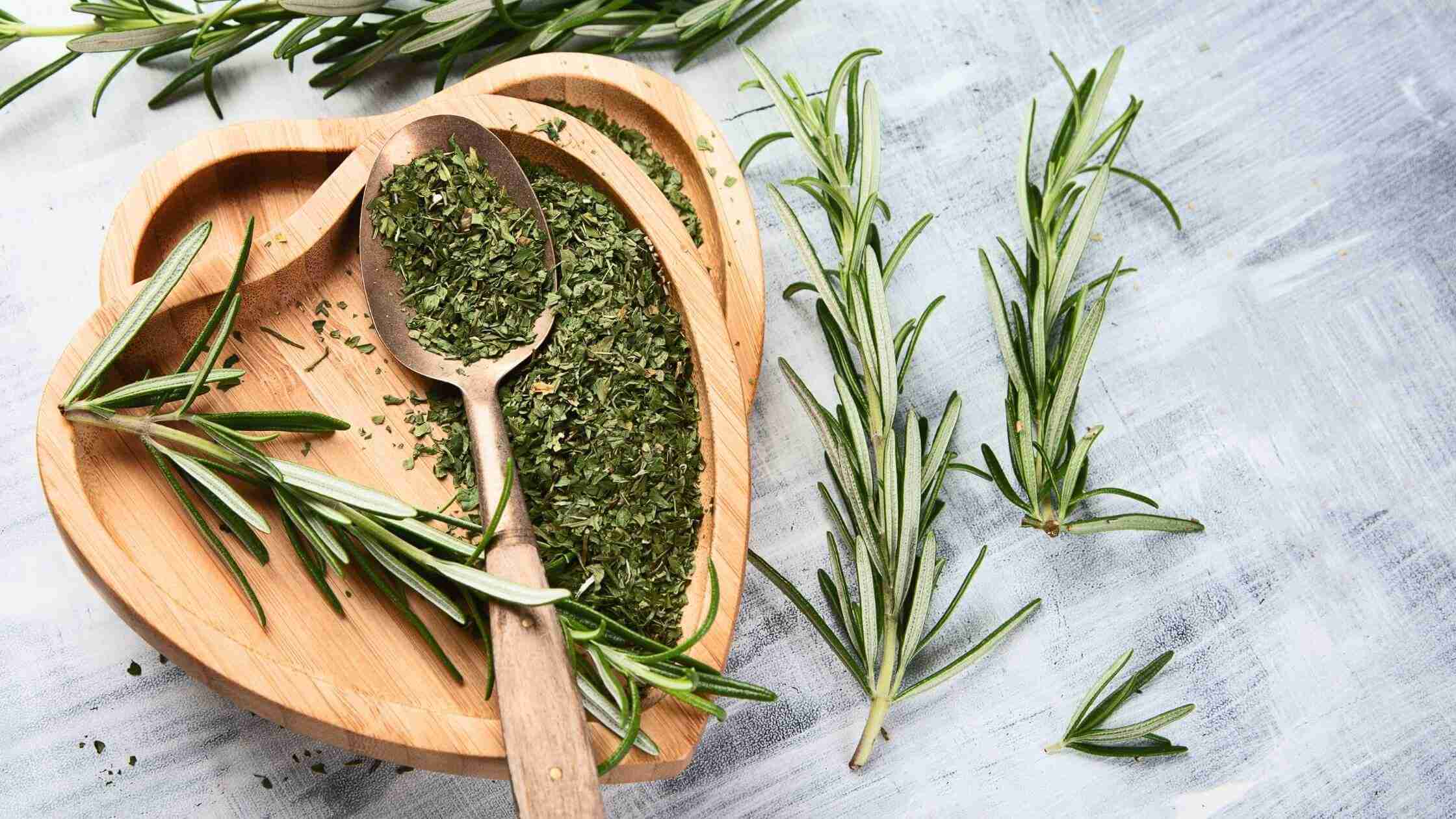 Rosemary is a relative to the mint family and the name is derived from its Latin origin to mean “dew of the sea.” Rosemary is very common in Mediterranean cuisine and has somewhat of a bitter astringent taste to it. While that is true, it compliments oily foods very nicely. A tisane can be made from the Rosemary leaves and that is also very popular when cooking. Rosemary is not just tasting but it also has many rosemary health benefits as well.

First, it is burned and then added to a BBQ to flavor various foods. Fun to note is, Sage, unlike many other herbs, has a high nutritional value to it and is rich in iron, calcium, and vitamin B-6, and is more nutritional and flavorsome, in its dried form rather than fresh. Rosemary however should be harvested just as you are going to use it because it truly loses its flavor once dried. Gardner’s swear that if you plant some Rosemary plants in and around your garden, the Rosemary will fend off moths, beetles, and carrot flies. These are just some of the rosemary herb benefits.

Older Europeans loved Rosemary and believed that it improved memory and also used it as a symbol of remembrance, and it was often tossed into fresh graves before they were buried. Traditionally it has been said that Rosemary, left untrimmed, would grow for thirty-three years where it will reach the height of Christ when he was crucified. Many would also place sprigs of Rosemary underneath their pillows to ward off evil and nightmares. Often the wood that comes from the stems of the Rosemary plant was used to make musical instruments. Remember that people back then liked to utilize every piece of something, so as not to waste, something I make a point of even today. Many wreaths are also made from Rosemary as a symbol of remembrance and while these may not be rosemary health benefits these are surely rosemary herb benefits that are more geared towards tradition.

Today, Rosemary is still used for many things besides cooking as it is in potpourris, air fresheners, shampoos, and cosmetics. There has also been much scientific evidence that Rosemary works very well as a memory stimulant. Rosemary has also shown some cancer prevention properties in animals as some of the rosemary health benefits. But further, Rosemary has shown a strong relationship in relaxing muscles, and to soothe stomach upsets as well as menstrual cramps. The main thing to remember when using Rosemary for this purpose is that if you use too much it can actually cause a counter effect. So balance is always best.

When made into a tea it is ingested for calming nerves and anxiety and as an antiseptic. Many find Rosemary tea very pleasant to taste as well as rosemary health benefits being through increasing blood flow and circulation. Making the tea from Rosemary is quite simple actually, just pour boiling water over the leaves and steep for 10-15 minutes. A little natural sweetener can be added if you really need to, but you should not add any milk or cream. A few sprigs can be added to oils and vinegar to flavor the products which adds a nice taste to cooking. You can also make your own aromatherapy oils as rosemary herb benefits.

When used cosmetically it can lighten and tone human hair and when mixed with equal parts of shampoo it has been known to strengthen hair too. It also makes for a nice additive in hot bathwater. Rosemary is commonly used today and grows in popularity, so, if you like the idea of strong hair and skin, good cognition and memory, nice tasting foods as well as nice infused products with many benefits then rosemary should be on your growing list in your garden next year☺

Rosemary has been used in folk medicine for pharmaceuticals, as well as cosmetics as some of the rosemary herb benefits. Therapeutic uses of rosemary health benefits have been seen in the treatment of inflammatory diseases, and have been studied for wound healing, as well as skin cancer and muscoses treatments.

Rosemary has also been reported to be effective in the preservation of food based on its high antioxidant and antimicrobial health benefits. While these properties are often helpful in food preservation. In several in vitro studies, they have shown a positive impact on the gastrointestinal tract by decreasing oxidative stress and inflammation. These are some of the rosemary health benefits as well as the rosemary herb benefits. The molecules found within rosemary are responsible for the implementation of anti-inflammatory, antioxidant, antimicrobial, and antitumor activity just to name a few. Rosemary not only smells good but has incredible rosemary herb benefits as well as rosemary health benefits.

Benefits of eating an apple a day