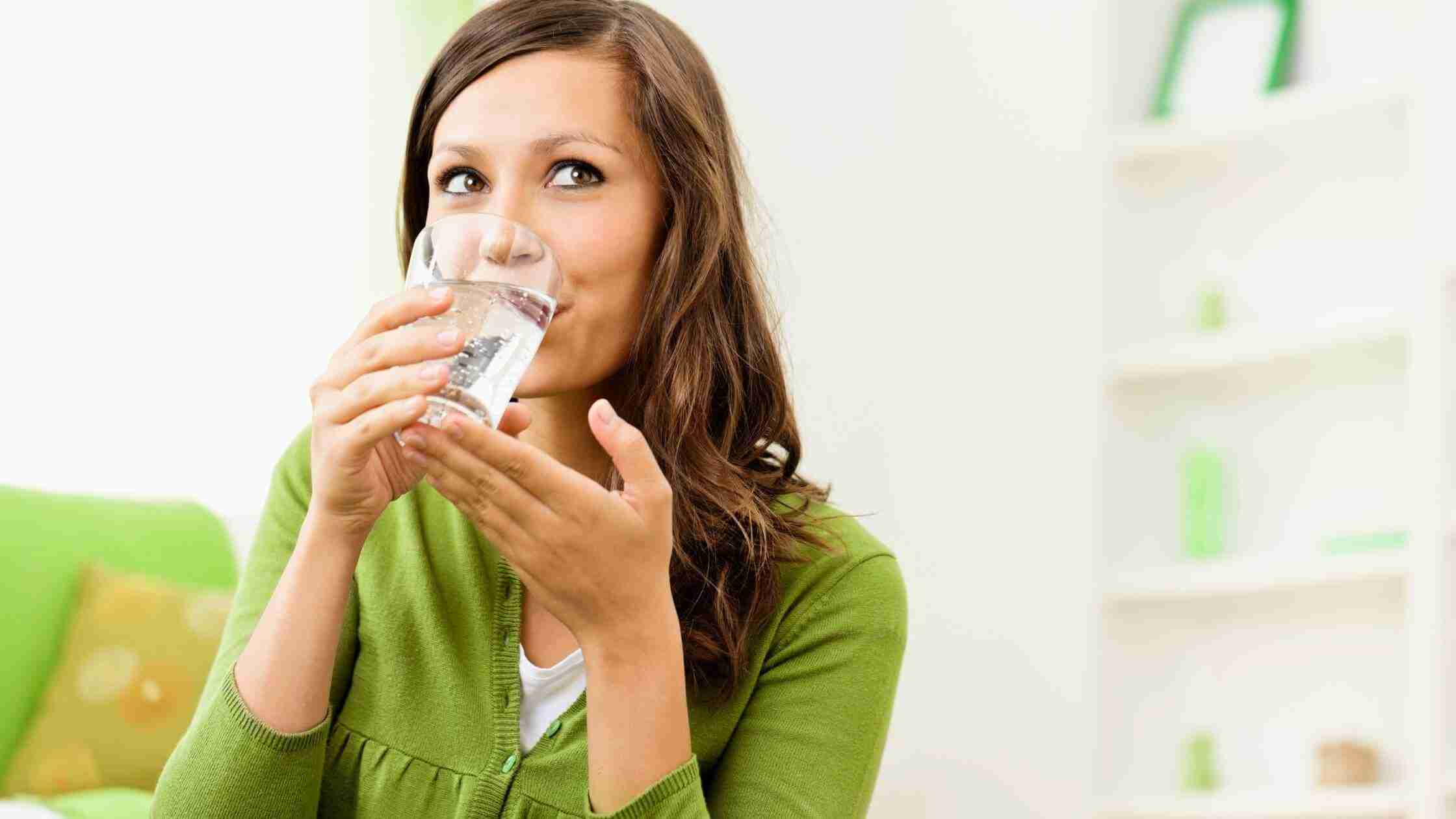 A well-known fact is that the human body consists of 60-70% water. So one must start to wonder how much is enough to sustain all that water in our bodies and some are concerned with drinking too much water.

Our body constantly loses fluids throughout the day, mostly from urinating and sweating, but also by functions like breathing.

To prevent dehydration, you need to stay adequately hydrated from water and food consumption, but do you ever ask yourself can you drink too much water?

And here comes the actual question – how much water should we drink, and what happens when we overdo it? Also, are you drinking too much water?

Health experts usually recommend following the 8×8 rule – 8-ounce glasses, eight times a day. This is the equivalent of 2 liters or half a gallon.

But this is just one of the many different opinions on the matter. For example, some doctors and nutritionists recommend sipping water throughout the day, even if you’re not thirsty. Sometimes people use their thirst as a gauge to determine if they are drinking too much water. Although, it is a challenge to drink too much these days and there is much conflict on the total amount of fluids per day to drink.

In the end, the two significant things that specialists agree about are that it depends on the individual, and you should not try to substitute water with any other liquid.

This is a big one – coffee, tea, juice, and other water-based drinks do not substitute water!

According to The U.S. National Academies of Sciences, Engineering, and Medicine, men should drink 15.5 cups a day and women – 11.5 cups. Drinking more is based on multiple factors such as toxic loads, dehydration, liver health, etc. These guidelines can help to answer the question, can you drink too much water?

Many researchers claim that not staying hydrated during the day may lead to low energy levels, low attention span, reaction speed, and more.

Even mild dehydration, especially for men, could decrease muscle strength, power, and endurance.

Other side effects from not drinking enough water include weight gain, mood swings, irritation, problems with some internal organs (mainly the kidneys), skin problems, and constipation.

What happens if you are drinking too much water?

If you are drinking too much water, you can experience water poisoning, intoxication, or disruption of brain function.

This happens when there’s too much water in the cells, including the brain cells, and they start to swell.

When the cells in the brain swell, they may cause excessive brain pressure, which could lead to several not-so-fun experiences for you.

Things like drowsiness, confusion, and headaches are some of the first symptoms of drinking too much water.

How do you know if you can drink too much water? Other signs of over-hydrating include hypertension (high blood pressure), and bradycardia, which is a lower than usual heart rate.

Sodium is the electrolyte that is affected the most by overhydration. As a result, it could lead to a condition called hyponatremia.

When sodium levels drop due to a high amount of water in the body, fluids penetrate the cells.

When the cells swell, there is a chance of having seizures, going into a coma, or even death.

Recognizing Overhydration and Drinking too Much Water

The first sign that you should look for when drinking too much water is the color of your urine. This is a great indicator to monitor your water consumption.

Urine usually ranges from pale yellow to tea-colored due to the pigment urochrome and the water levels in the body.

If you digress pale liquid, you are indeed drinking too much water in short periods.

If you are unaware if you can drink too much water, another sign is too many bathroom trips. A regular daily urination cycle is up to 8 times a day. If you’re going to the bathroom ten or more times, you should slow down on liquid consumption.

Drinking water, even when you’re not thirsty is a mixed sign due to many specialists recommending doing exactly that.

Nevertheless, keep in mind that the body has no specific way of telling you that you need to stop drinking water so it can be a challenge to determine if you are drinking too much water.

If you’re dehydrated, you feel thirsty, which is a reminder to drink water, but it doesn’t work the other way around for the most part.

To Wrap It Up if You Can Drink Too Much Water

Adequate water consumption depends on a variety of factors, including personal body parameters and environmental factors.

Of course, if you are in a warmer environment, you’d need more water.

Ultimately, your best bet is to always carry a bottle with you and sip now and then – Don’t overdo it, but don’t completely ignore it either. Shoot for half of your body weight in ounces in water.

Tips for staying hydrated and healthy

8 Health Benefits of a Plant Based Diet

7 Ways to Support Your Immune System