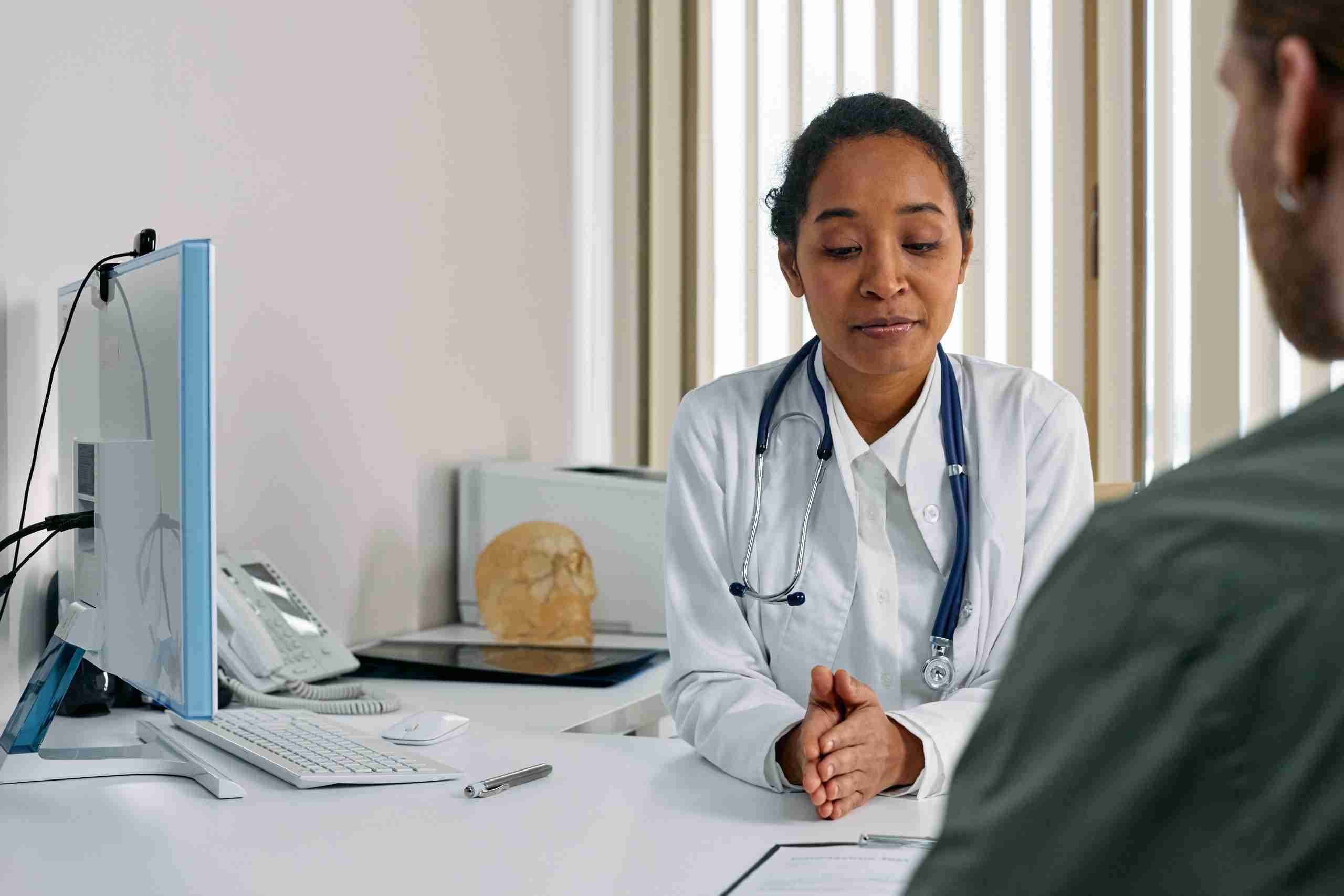 Erica Steele: Thank you so much for coming by and stopping by for such an important topic of medical freedom. So tell me about what you’re doing and what’s going on with medical freedom in the state of Virginia.

Senator Amanda Chase: Absolutely, and I first of wanna thank you, Dr. Steel, for all you are doing. Regarding medical freedom and giving people options and alternatives. because so many people are coming to dead ends and they need solutions, holistic solutions and natural solutions. So one of the things that I’ve been advocating for, really prior to my being in the legislature, is medical freedom. For children and vaccines is one of the things that we naturally look at as parents.

Yeah. Whenever we’re looking at getting childhood, Vaccinations. And I think that’s when every parent starts doing their research on their homework. And I learned everything about the Mylene she and how certain preservatives can actually destroy the mylene sheep. . And so as a parent now my kids are all grown.

This is over 20 years ago. Yeah. When my kids were little. I did a lot of research on even the childhood vaccines. And our family made some decisions early. Regarding childhood vaccines. Yeah. Now we hit the covid years and what happens across the country, across the world actually and other countries, they have quick access to iin, drugs of chloroquine.

But what happens in the United States, it gets shut down. And so I have not only advocated for medical freedom to known homeopathics, in. We have legalized marijuana. Yes. And the last year, and we have mandated a unsafe, unproven vaccine. That’s been around for less than two years. Yes.

Senator Amanda Chase: And yet we are denying patients together with their doctors. Yes. Ivermectin and hydroxychloroquine. So I’ve introduced legislation. This’ll be my third year in a row, actually. Yeah. I know you’ve been out there doing it from the very beginning when it was not popular to talk about. Yes. About alternatives to this vaccine? Yes, I’ve been out there on the front lines from the beginning. I think a lot of that. Was from all the research I’ve done when my kids were younger. Yes. And I think it’s

Dr. Erica Steele: really important that patients have a choice, right? We spend a long time in school learning all things about science, and then being able to practically apply those. And so when we’re in the exam room with patients, we’re able to address their concerns. Were able to look at their health and physical, were able to inform them. Our basis of care is based off of informed consent. So it’s our obligation morally and ethically as providers to educate the patients about what the risks and potential benefits are from any treatment, and then be objective and allow the families to make decisions. And that’s really what this is about. Whether you. Are for or against whether you choose or not choose, it’s a matter of being able to have that choice. And I think that’s incredibly important for everybody in Virginia to have that choice. To be able to say, you know what? This works for me, or This doesn’t work for me. 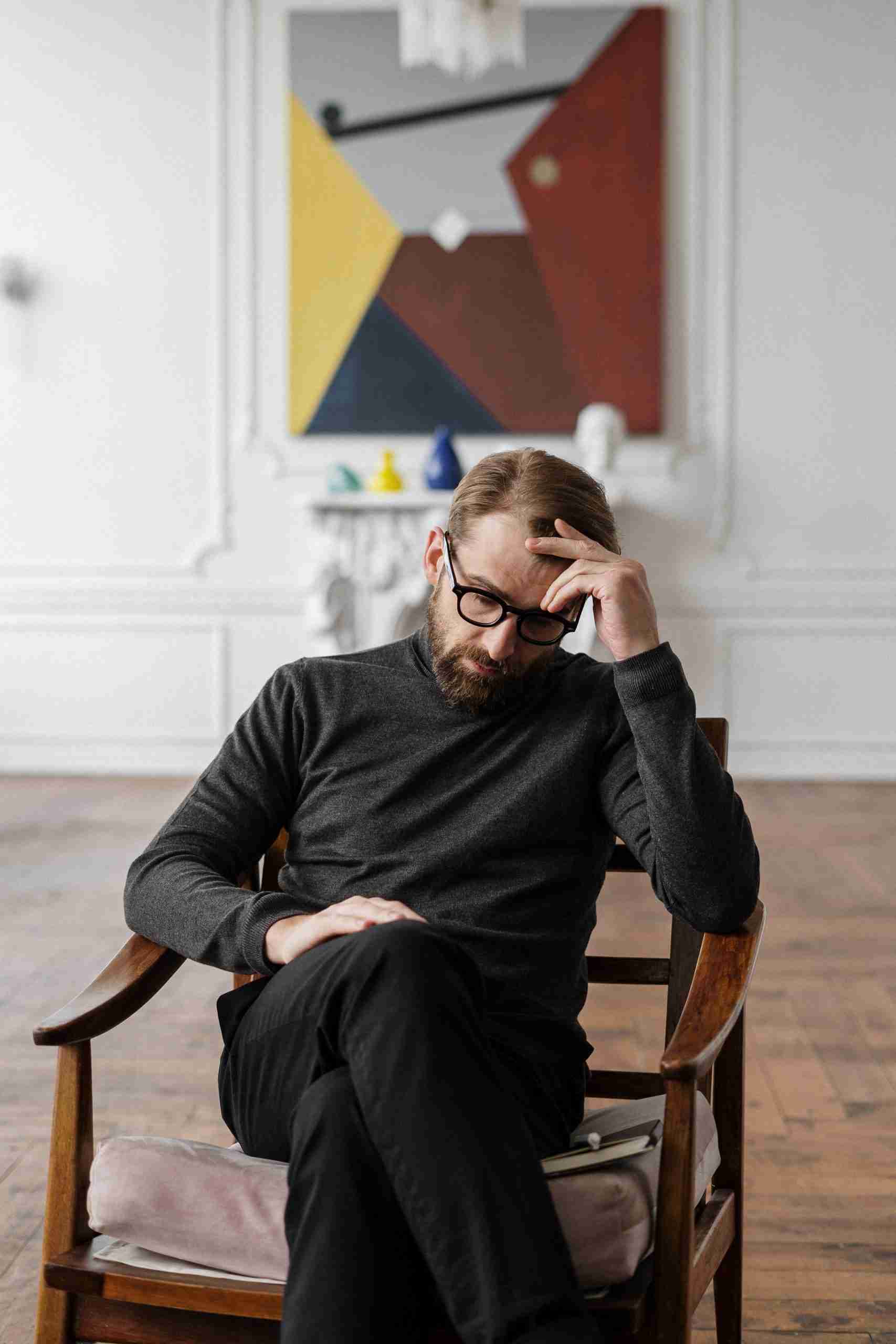 Senator Amanda Chase: the risk and benefits. One of. Obstacles that we’ve had in the state of Virginia is the former commissioner, Norma Oliver, sent out a letter which was very aggressive, aggressive is a great word for it in nature to the healthcare community saying, do not prescribe ivermectin and hydroxychloroquine.

If you do, you could potentially lose your license. It was, Showing effect on medical freedom. And so I’ve worked over the past year talking to Commissioner Collin Green, unfortunately, with very little headway. . And that’s very frustrating because under a new administration, I know Governor Yin has said publicly that he supports medical freedom, but medical freedom should expend extend to beyond just our children.

Yes. It should extend to adults. We should never have a private. Yes. To mandate a hundred percent that to keep your job, that you should get a job. Yeah. That’s untested, unproven, and still under. Emergency order and a lot of scrutiny.

Dr. Erica Steele: There’s a, we don’t see it necessarily here in America, but we, I’ve seen in the parliament lots of video testimonials about Pfizer and nothing against, again, if people want to choose this option because they feel like, you know what, I’ve weighed out the benefits versus risk.

I’m gonna take this risk. I’m going to choose this because I. XYZ condition, right? Then that’s up to them. But to again, bring, your human resources into the exam room, to bring your legislator

Senator Amanda Chase: into the exam room, to bring all these entities

Dr. Erica Steele: in the exam room between that very sacred relationship of doctor patient, right?

That’s the real issue. What’s the point of us going to school? What’sthe point of us having all of the information to advise patients if ultimately we’ve got all of these bedfellows that aren’t trained medically, that don’t understand risk versus benefit? And sadly, a lot of times don’t care about the individual that they.

Serve. So I’m so grateful that you care. Absolutely. And I know, I mean I’ve sat in general assemblies where I’m cringing. I’m like, oh no. I mean ruining but cringing at the same time. And so I really thank you for putting your neck out there, for being that voice of reason for educating and really standing up for our families.

Cuz I know here at Holistic Family Practice we are just passionate about. That all families have medical freedom and I know a lot of patients come to our practice because of that. So having a legislator up there, fighting for them I think is gonna be so important. So tell us about what you have coming up with the next session. 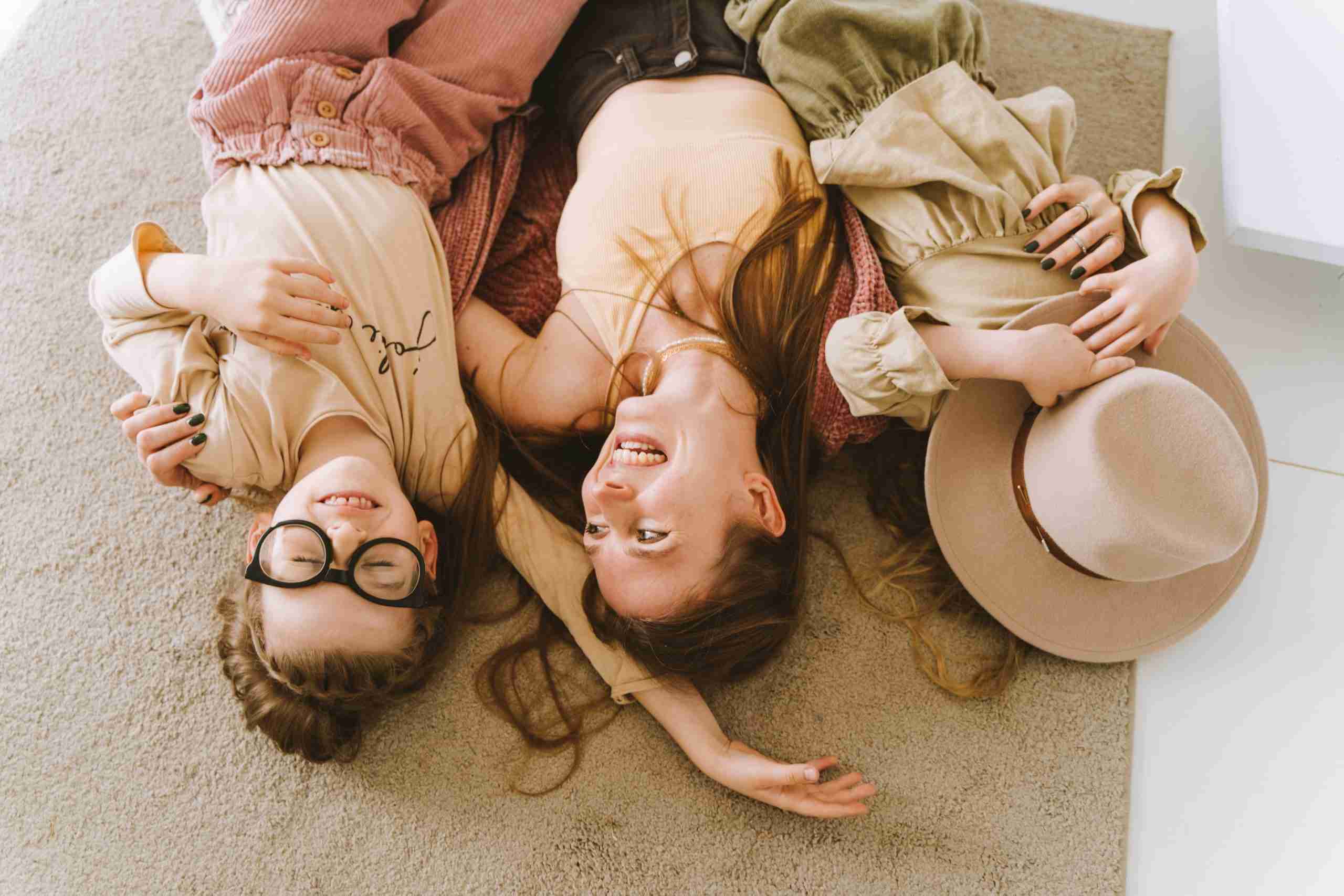 Senator Amanda Chase: So we have general assembly session that begins. January the 11th. Wow. And we have until the end of February to introduce, present and pass any legislation that would get passed. So two months, 30 days. Yeah. Not a lot. It’s gonna be very short session. Yes. Because we run for reelection the following year.

And I would say this in the Senate, most of this good legislation fails because of the makeup of the senate. 21 Democrats. We have 19 Republicans. . And so most of this legislation that we introduce, we do it anyway because we want to educate people. One time we’re presenting a bill. You’re educating the legislators, you’re educating the listener. , and you make progress that way. So even if I know the number, the makeup of the Senate doesn’t look good for me. If it’s a bit important, but like I feel medical freedom is. Yeah. Then I still present the bill. Which brings me to my second point. 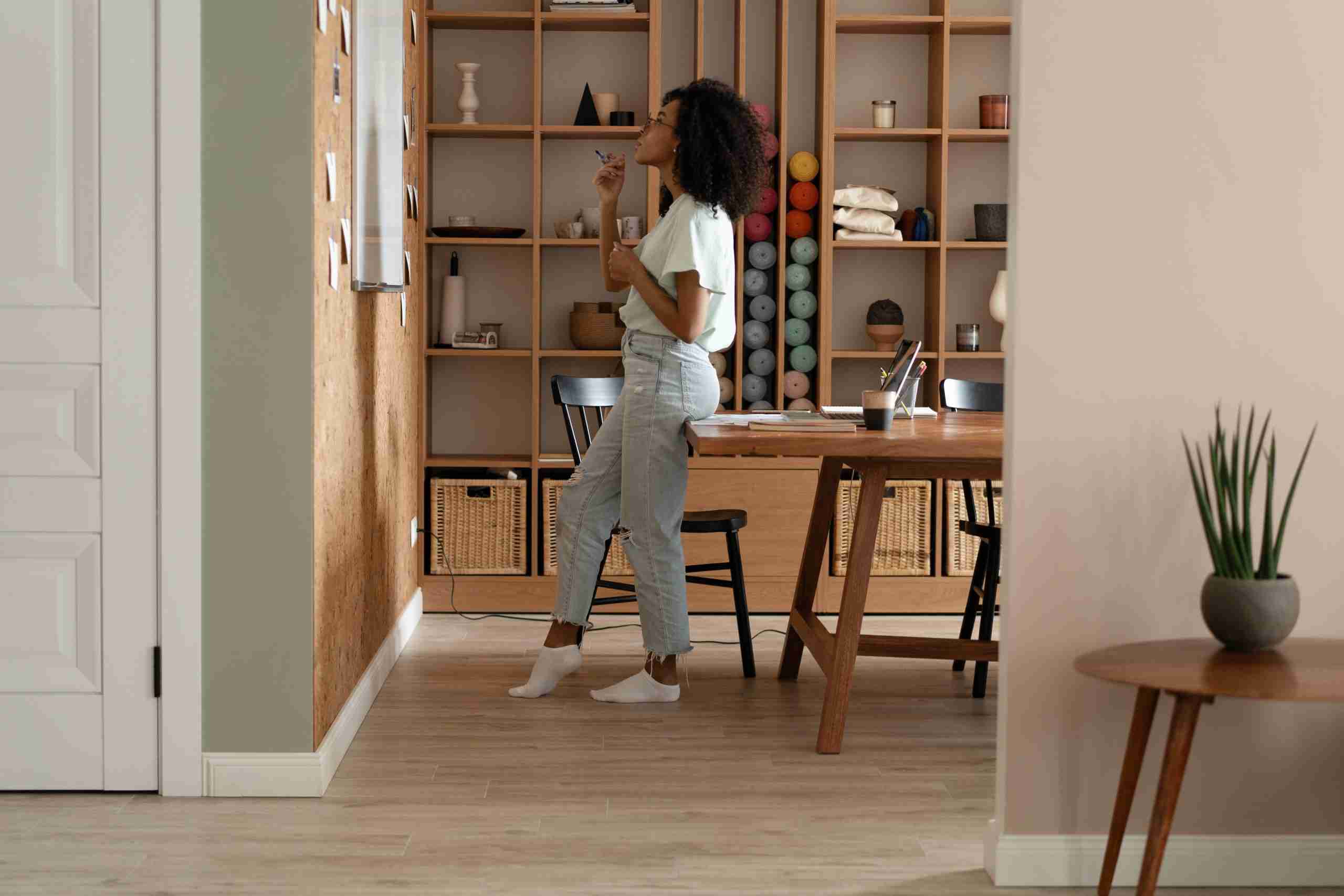 when I run for reelection, I have two primary opponents. , the establishment. Everybody understands in holistic medicine. Yes. You’ve always got the establishment. Yes. That comes against you, like a vengeance. Oh yeah. . They’re doing that with me and I’ve got a former state senator. Wow. Who has entered the race after redistricting.

I’m the incumbent , but I have two other opponents who have entered the race as well. And the establishment, the lobbyists, the packs they’re getting behind him. . So I will, I have to rely on the people. I don’t take money from lobbyist impacts. , I represent the people.

And so I have to rely on the people. To fund my campaign to send me back. And we have a campaign right now that 5,000 people would donate a hundred dollars a piece. , I have all the money I need, and here’s a clincher. And 60 days to raise that money. Wow. Yeah. January 11th when I go into session.

Yeah. Can’t raise money until I come out Wow. In late February. A little bit of a crunch, a little bit of a deadline. Exactly. We are trying to get the word out to people that Yes, we can’t sit on the sidelines anymore. No, you can’t. Maybe you can’t be on the front lines like I am right now, but you can fund and support me.

Definitely. And you know that I’m gonna fight that. I’m not gonna back down because I. Been in the Senate for almost eight years now. Yes, I’ve always been for medical freedom. Always. Yes. From the beginning even. My early days as a mom of four young children. And we have to do everything we can to protect medical freedom. 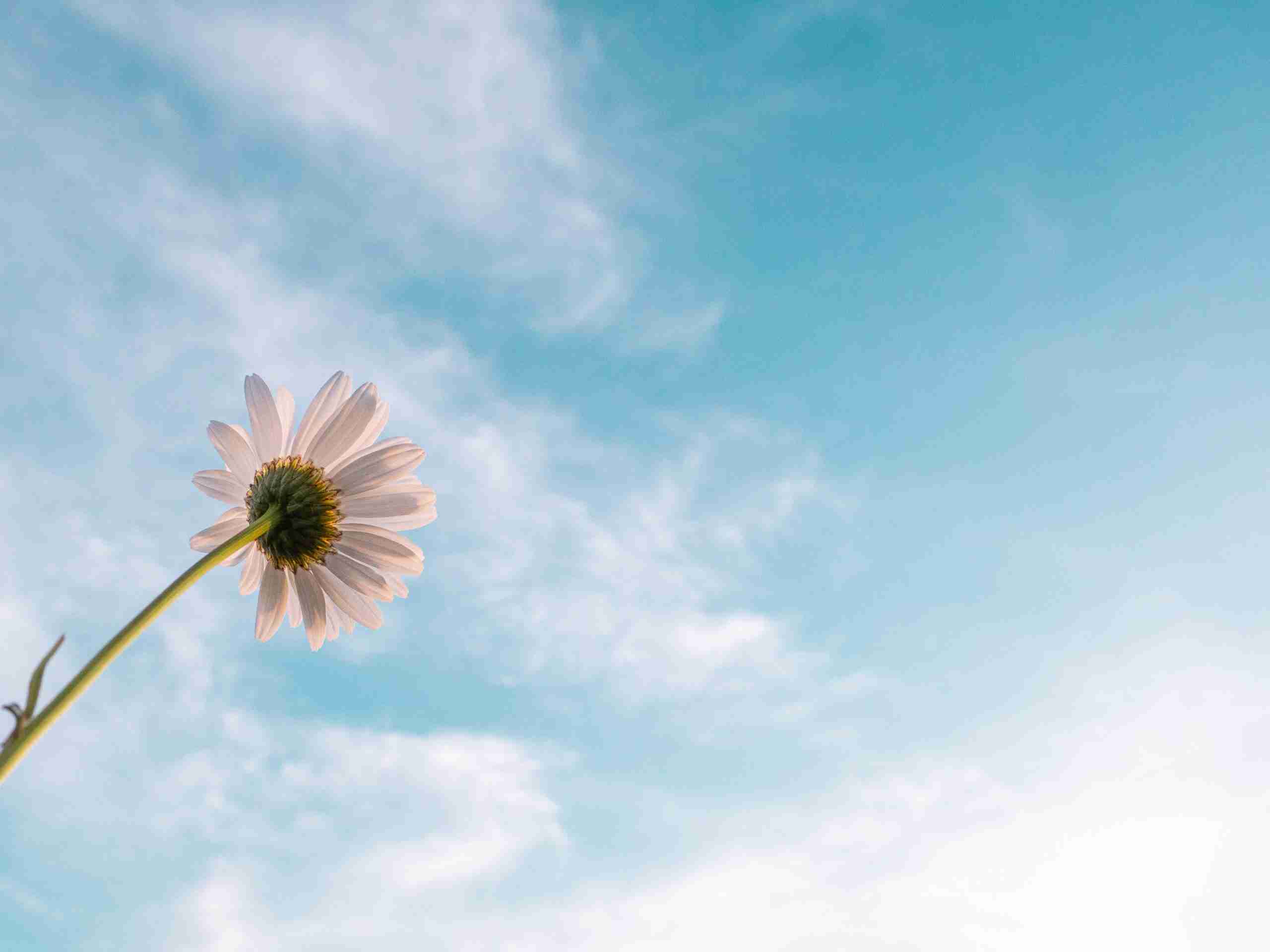 And I’m the only one in the Senate that I know of.

Dr. Erica Steele: Yes, you are. That is introducing this type of legislation. A hundred percent. I remember at the advance, I’m going around and talking to people and, legislators, it’s glaze. Look what, huh. And so you have been a huge champion for medical freedom.

Again, as long as I’ve. Dealing in politics, although it’s not my . Me either. I know exactly. But we really do wanna get behind you and support you. I know. I will personally make a donation because medical freedom is so important to me personally and also to my practice. And so Absolutely. That’s also why I agree to sit down with you and talk because we really wanna support you in your efforts of medical freedom. 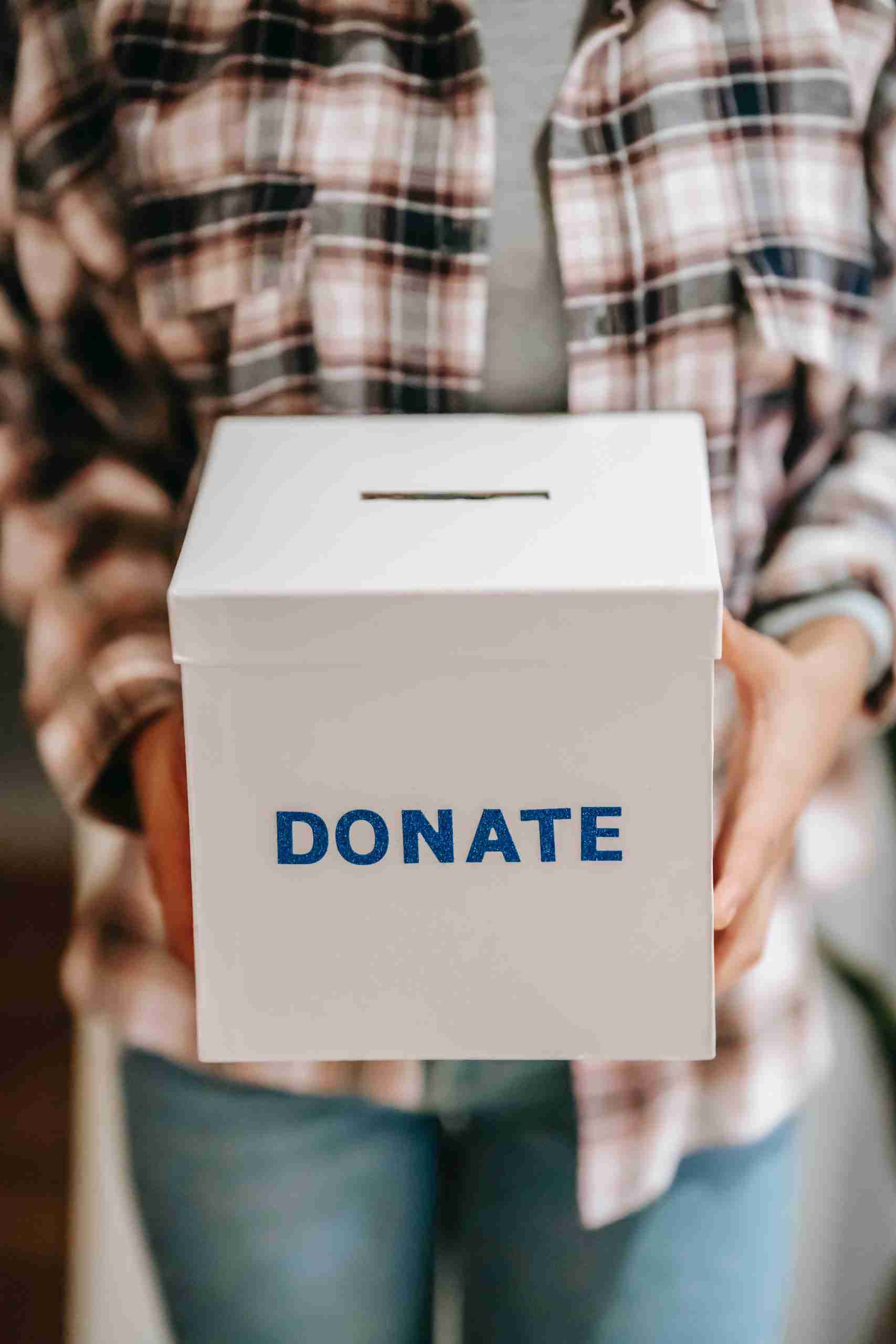 Dr. Erica Steele: Yes. I love it. I love it. And it makes total sense, right? We’re really, we’re not just chasing you, obviously.

We’re chasing freedom, medical freedom, and especially over the last couple years we have seen this cat and mouse game back and forth. I remember sitting in my boat in. This was early, like 2020 I think. 2020 actually. And I was like, oh my gosh, I can’t even believe how they’re going after the employers. It was very disheartening.

Senator Amanda Chase: People who did not want the vaccine were forced to get a vaccine. Yes. And that is a medical interior, correct. It is wrong to be perceived,

Dr. Erica Steele: of course. Cause then people are looking at their pensions. They’re looking at, okay, it’s my pension, or it’s between, Keeping my job and all of the different dynamics feeding my family and it was so under the gun.

It was very difficult. So again, thank you so much for stopping by. I really appreciate your help, your support. I’ll also put a link out as well if you wanna support Medical Freedom.And Senator Amanda Chase, we thank you so much. Thank you. It’s, I said thank you for.